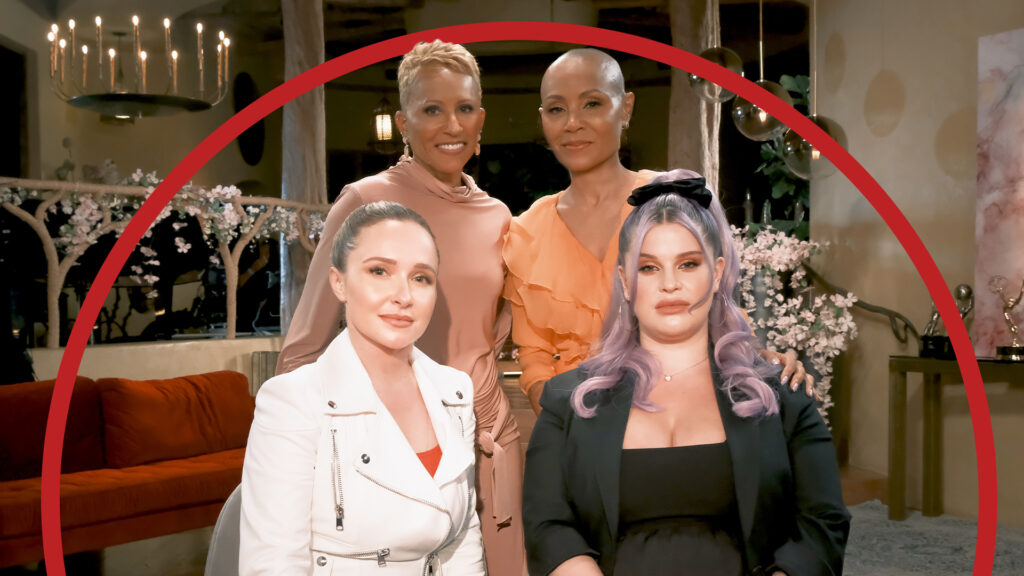 “Heroes” actress Hayden Panettiere bravely opens up about years of alcohol abuse, crippling postpartum depression, and, for the first time, reveals her truth about giving up custody of her only child. Special guest host and first time mom-to-be Kelly Osbourne joins the Table with a life-changing update about her addiction recovery and pregnancy journey. 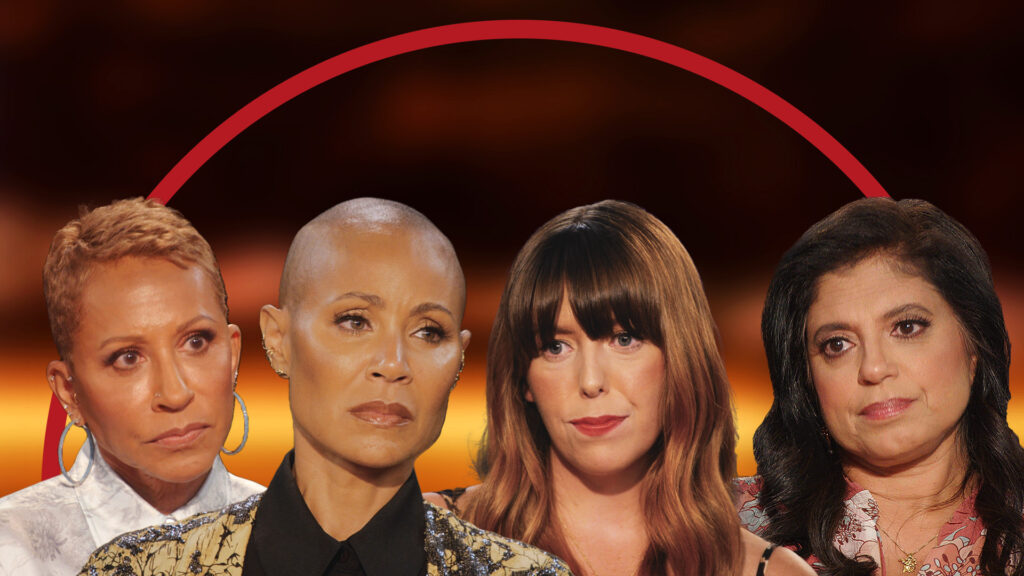 You may be a victim of gaslighting and not even know it! We’ve all heard the term, now Red Table Talk brings you the essential guide to gaslighting. “The Crown” actress Rebecca Humphries reveals the devastating damage caused by years of being gaslighted and how her boyfriend’s very public affair was the wakeup call she didn’t realize she needed. Then, psychologist Dr. Ramani breaks down everything you need to know to become gaslight-proof. 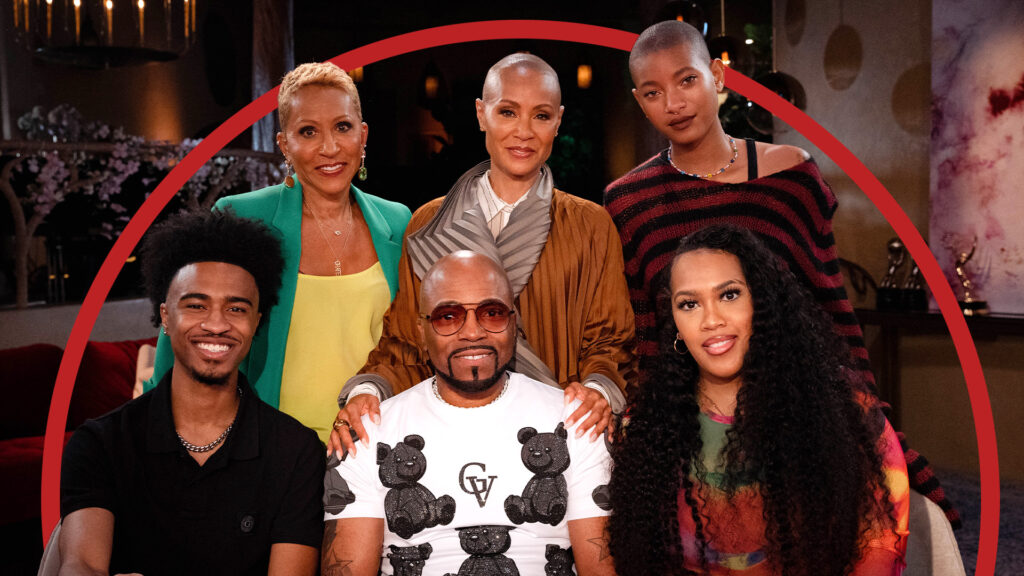 Music legend Teddy Riley’s Instagram post revealing he has not seen his son in three years was seen by millions. Now for the first time, he’s at the Table sharing the heartbreaking ordeal that he and more than 22 million other families are experiencing. Also, meet the daughter who was put in the middle of her parents’ war and hear from her parents who put her there. For ten years, she didn’t speak to her father, then cut ties with her mother for eight years. Now, they’re all coming together at the Table with an important message. 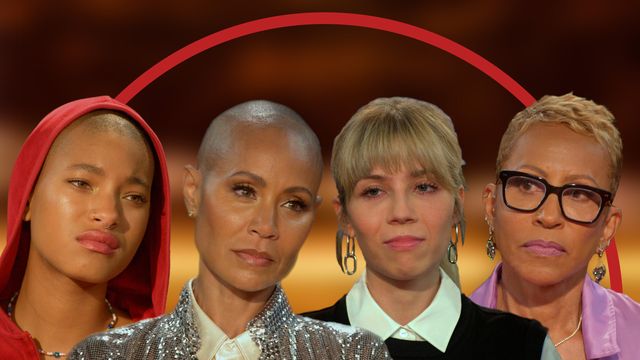 After years of suffering in silence, iCarly star Jennette McCurdy bravely opens up in her first in-depth interview about the decades of torment, exploitation and manipulation inflicted by her very own mother. 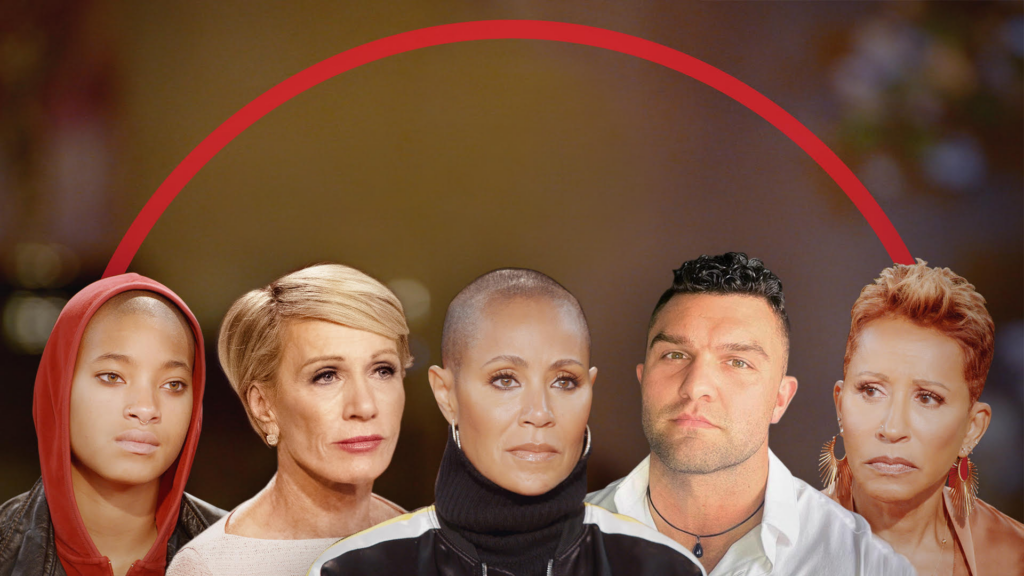 Right now, someone is trying to steal your money, your identity, your passwords. Red Table Talk is sharing critical information to protect yourself, your family and your money. Business mogul Barbara Corcoran reveals how she went from Shark to victim; a young woman and her father share their heartbreaking story of losing everything because they trusted the wrong person; and a Marine explains how scammers are ruining his life just by using his pictures. Plus, a top fraud expert breaks down the biggest scams for each generation. 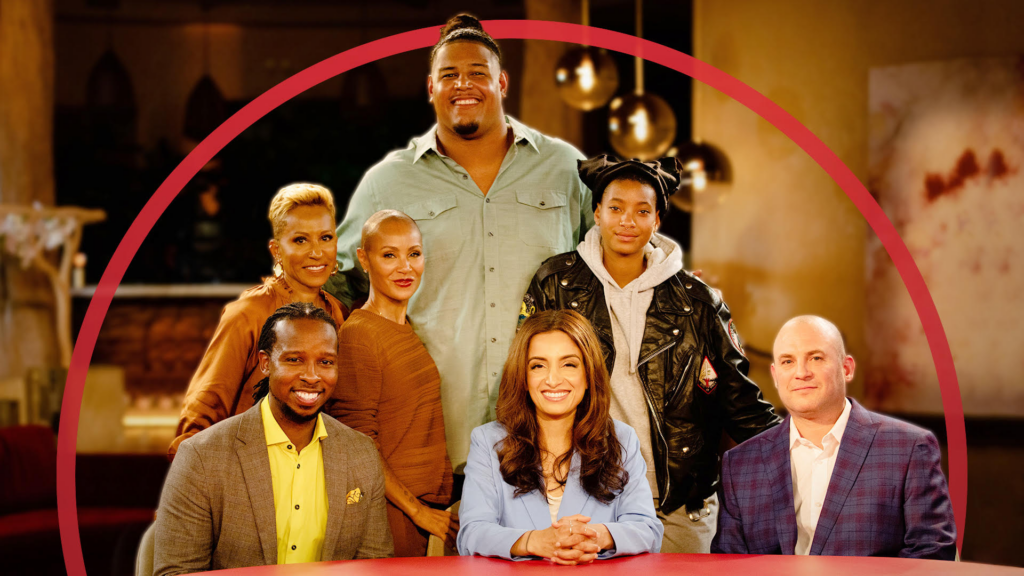 With one hate crime committed every hour and multiple mass shootings happening every day in the US, Red Table Talk gathers a special group of leading voices to reveal the roots of hatred and extreme violence. Jeff Schoep, a reformed leader of the biggest neo-Nazi group in America, reveals what made him leave 27 years of carnage behind. Award-winning filmmaker Deeyah Khan shares what she learned sitting face-to-face with the most violent extremists in the world. Dr. Ibram X. Kendi, a top anti-racism researcher explains the shocking age when hate can begin. Dr. Jillian Peterson, who led the largest study of mass shooters, takes us inside the minds of killers with eye-opening facts about what they all have in common. NFL player Zach Banner shares how he became an ally after a vicious hate crime ravaged the city where he played. 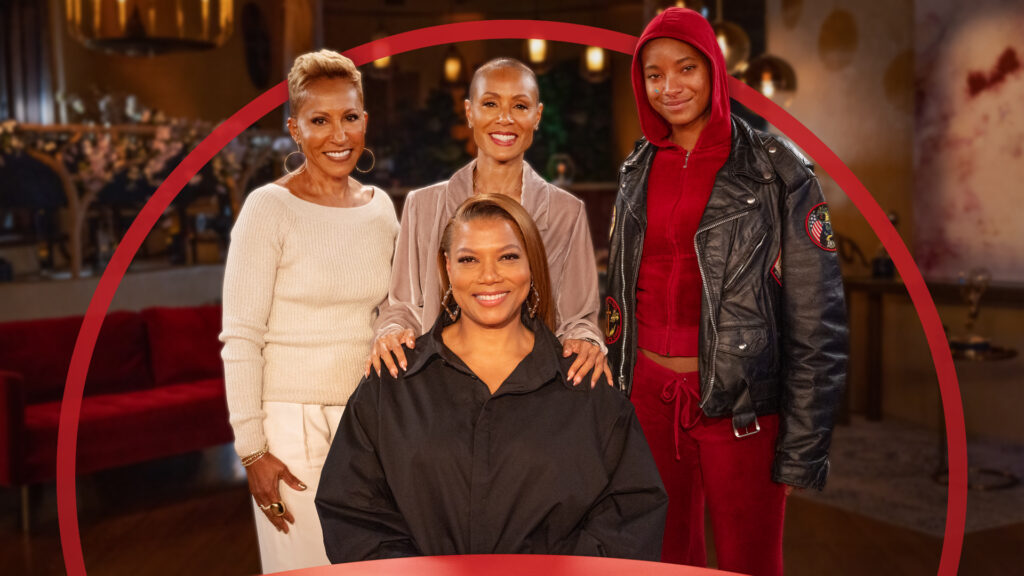 Superstar Queen Latifah joins the Table to reveal a personal struggle that’s taken her a long time to understand and shares her important new mission. It’s a side of Queen you’ve never seen! Plus, she offers her one-of-a-kind wisdom to a special group of fans. 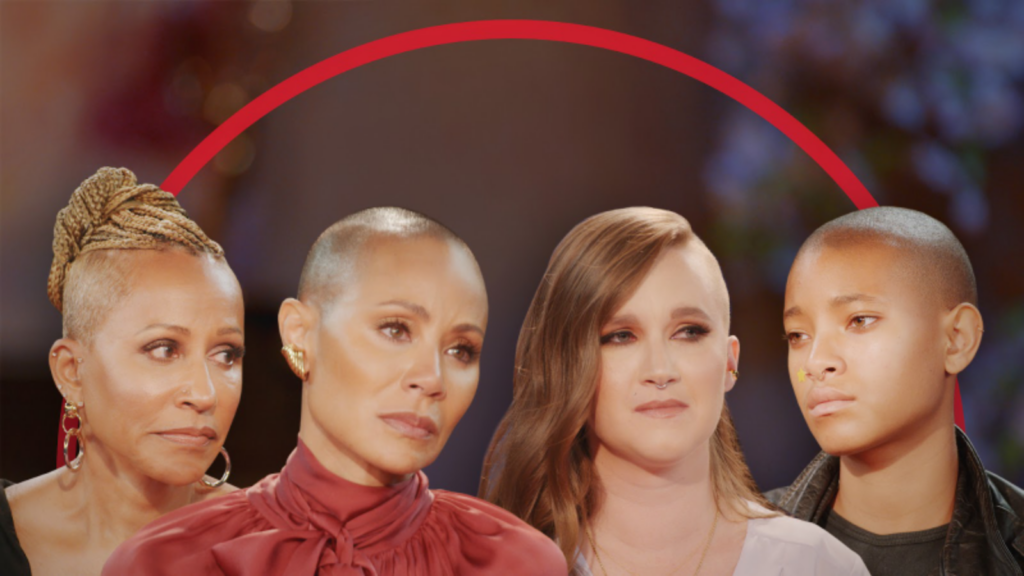 The mother of 12-year-old Rio Allred, who suffered from Alopecia and took her own life after being relentlessly mocked and bullied, opens up about her daughter’s heart-crushing death. A woman who worked in the hair industry for more than a decade reveals her emotional Alopecia journey and why it’s more than “just hair.” A top hair surgeon breaks down the different types of Alopecia. A former NBA player speaks out about his hidden pain. 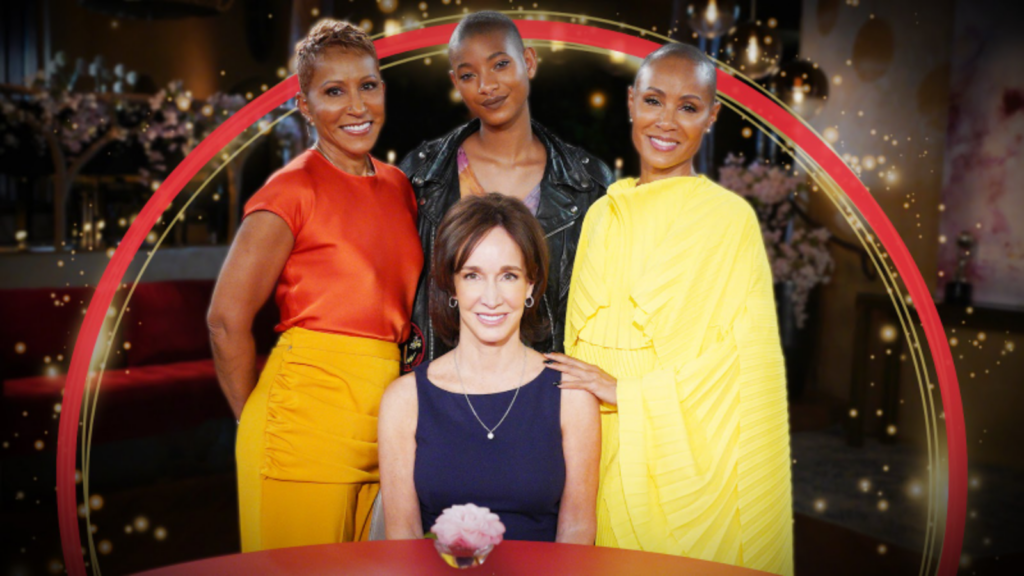 Did you know there are THREE CRITICAL NEEDS every daughter requires from her mother? If they aren’t met, the effects can be devastating. “Mother Hunger” author and trauma psychotherapist Kelly McDaniel joins the table as Jada, Gammy and Willow open up about how their mothers affected them. Entertainment reporter Tanika Ray discovers how her destructive behaviors are linked to a strained relationship. A 25-year-old woman is anxious about passing along unresolved trauma to her children. A motherless mother shares how devastating losses have affected her own parenting. Don’t miss this unforgettable RTT full of life-changing wisdom! 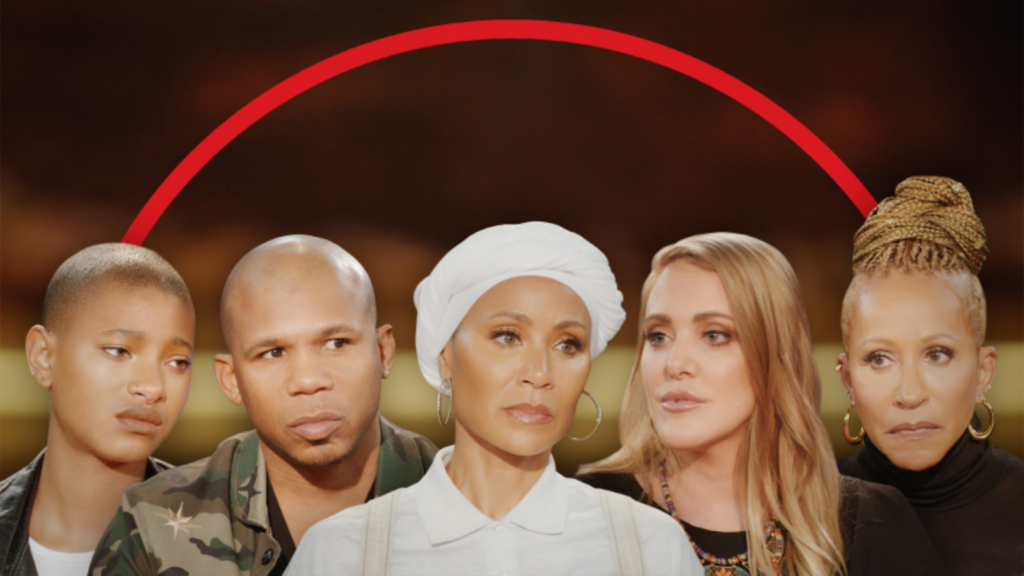 For the first time, actor Michael K. Williams’ nephew speaks out about losing his beloved uncle to fentanyl. Comic Kate Quigley reveals how she was the lone survivor of a fentanyl poisoning that killed three of her friends including comedian Fuquan Johnson. The grief-stricken parents of a 15-year-old girl share the tragic tale of their daughter who died after taking a counterfeit Percocet. It’s a life-saving Red Table every family must watch

Scroll to Top
BE ON THE SHOW
HAVE A STORY TO SHARE WITH OUR PRODUCERS?